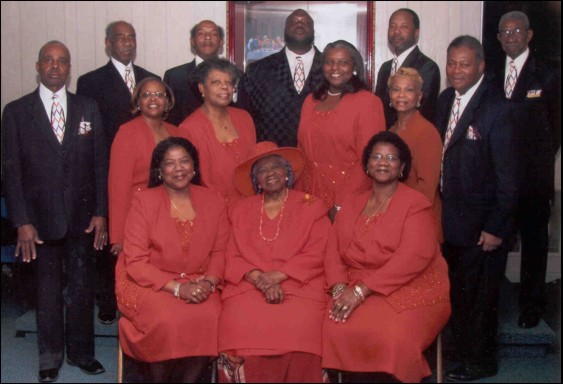 Feggins Funeral Home is located at 409 South Hill Avenue, South Hill, Virginia. It was founded on March 5, 1956 by George Washington Feggins along with his wife, Jennie Ann Feggins, who was a 1942 graduate of Mecklenburg Training School, a “Tech Sergeant” in the United States Army, and then he further his education to attend and graduated from McAllister School of Embalming in New York City, New York where only ten African Americans students were enrolled. After his apprenticeship under Mr. Harry Giles and Giles Funeral Home, Mr. George Feggins became a licensed mortician and opened his own establishment. He not only rendered funeral service but also ambulance service for Mecklenburg and the surrounding areas.

Mr. and Mrs. Feggins taught their children and staff the proper techniques for conducting funerals, how to assist families in their hour of bereavement and also any after care they may need. Feggins Funeral Home’s motto is “PROMPT, POLITE, and EFFICIENT SERVICE” because “OUR AIM IS TO BE WORTHY OF YOUR FRIENDSHIP”.

On March 4, 2000, Mr. George Washington Feggins passed on to be with his Lord and Savior. The business is now being operated by his daughter, Lillie Feggins-Boone, manager, and his wife Jennie A. Feggins, affectionately called Ma Jennie. Lillie is a funeral service licensee (mortician) and she is also the first African American town council woman for the town of South Hill, Virginia.

Mrs. Jennie Feggins states, “The pride in the business was passed on to us by George to continue to serve and assist the people that call upon us and to do it well.” Mr. George had several sayings that were instill in the young as well as the young at heart who stopped by and talked with him. They were “If I can help somebody as I travel on, then my living will not be in vain; Have some sense and don’t talk so much, just listen; Go to church and give God some of your time; don’t tell me, just keep a livin.”

The Management and Staff of Feggins Funeral Home take pride in serving families in their time of need and they are always available 24 hours a day, 7 days a week. So, stop by and have a talk with the friendly people of business who still cares and always giving you a smile because we love you and God does too. Therefore, if you need us, don’t hesitate to call us at 434-447-4892 or 434-447-8203.

View Current and Past Obituaries and Sign the GuestBook of Familes we have SERVED..

Planning ahead is something we can help make a simple process.

Dealing with the lost of a loved one can be difficult and painful, but we are here to help.

“PROMPT, POLITE, and EFFICIENT SERVICE” because “OUR AIM IS TO BE WORTHY OF YOUR FRIENDSHIP”